Chuck Kanter calls them one of the catamaran brands that live on through the decades.

The Catalac 8M is masthead rigged with a relatively short, but thick mast. 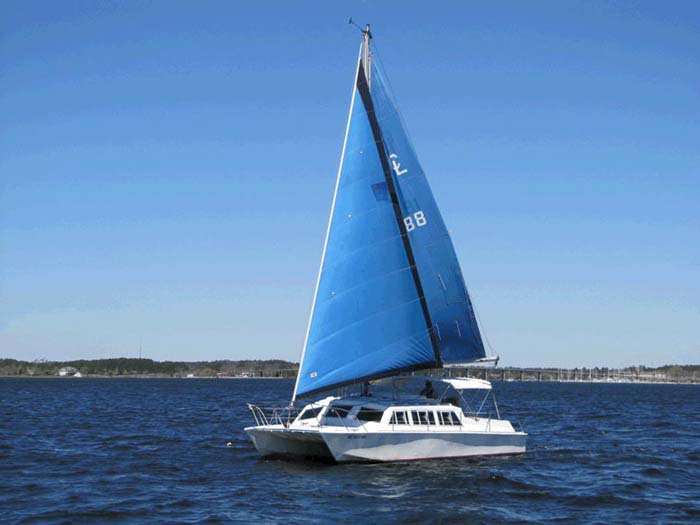 Kanter Catalac 8M review
Owner Catalac 8M Review
As with all boats in the Catalac production lineup, this contributes to a stable boat with a low center of effort. No Catalac has ever been known to fly a hull under any circumstances.

The mast is cabin stepped in a tabernacle. These can be raised and lowered single handed. The standing rigging is over sized to withstand the extra loading experienced by catamarans (the rig doesn't unload because the boats don't heel). 1/4" 1x19 SS on the Catalac 8M and 9M. They were sold with a mainsail, working jib and a 170% Genoa. When the rig is set up correctly, they sail with a very balanced helm. Twin rudders contribute to their agility and later models (>1980) have matching skegs just forward of the rudders to increase windward ability. The most popular models were the Catalac 9M (30 feet) 255 built and Catalac 8M (27 feet) 216 built.
Interesting that both of these models were built on the same hulls. The mould for the cabin of the Catalac 9M extends further aft to accomodate the aft compartments of the boat, which reduces the cockpit area. In fact the Catalac 8M with it's minimalist layout has the largest cockpit of any of the Catalacs, including the 12M.

The entire product line feature solid fiberglass hulls(which can not delaminate) very large cockpits and comfortable accommodations and quality construction. There were two engine options. Twin Yanmar 1GM diesels coupled to a 2.13:1 transmission using prop shafts with propellers just short of the rudders, or a 9.9 HP outboard gas engine. The diesels add about $10,000 to the price of pre owned catamarans when compared to outboard equipped boats.

Another boat options was a "doghouse" mounted above the sliding hatch (shown in photo). As near as I can tell, most European boats have the doghouse as well as about 30% of boats found in the Americas.  The more tropical climates are expected, the less desirable the doghouse becomes.

The build quality is as good as it gets and you'll discover these boats age gracefully.

If you are looking for a catamaran with stellar performance, this probably isn't the boat for you. Catalacs were designed and built for safety and comfort. As a cruiser the Catalac 8M will carry heavy loads for their size due to a relatively wide hull/beam ratio, deep rocker design, and extreme dead rise hulls with hard chines. The result are boats with an impecable safety record and reputation for quality.

Having said this, it's not like the boat can't sail! The Catalac 8M will deliver 6 knots in 10-12 knots of wind, and maintain speed right up to 35 degrees apparent. Boats with outboard engines are slightly quicker than boats with twin diesel engines due to underwater drag of the diesel engine running gear. The Catalac 8M also has high bridge deck clearance for it's size.

Anyone who's evaluating smallish pocket cruising catamarans and is searching for a solidly built boat which is a dependable coastal cruiser and great island hopper with moderate performance and plenty of interior and exterior room, at an affordable price should consider a Catalac.

This is me on Catalpa exiting the marina 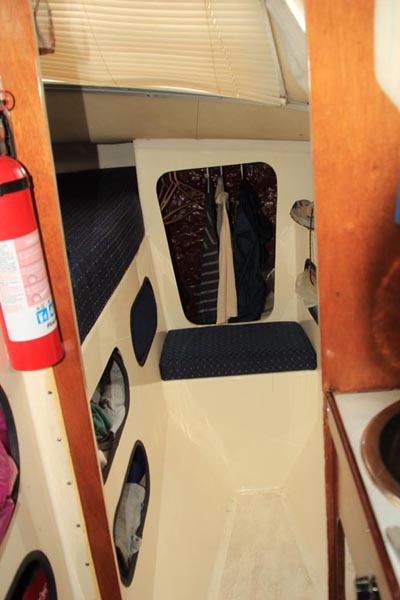 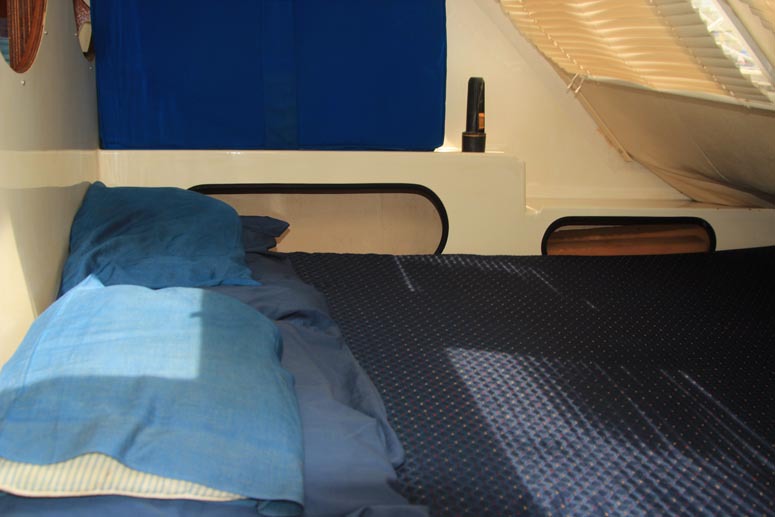 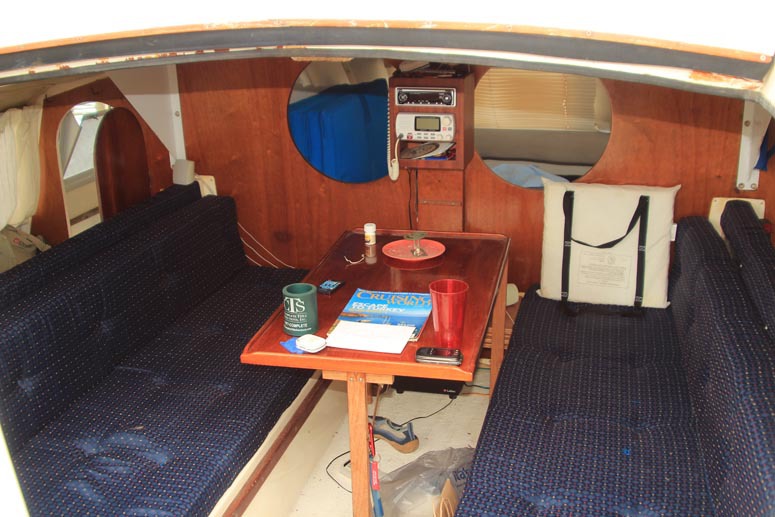 Port Side on Blocks 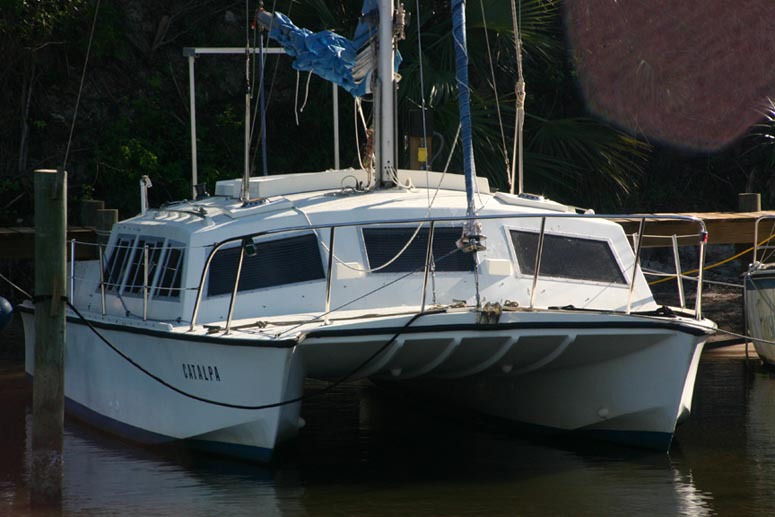 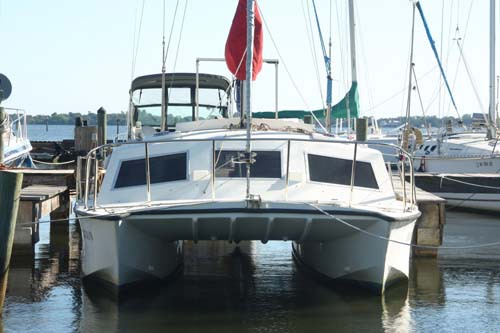