A big consideration when purchasing a catamaran is how much it will cost to moor or dock it. The cost to dock a catamaran will usually be higher than a monohull since their greater beam means they take up a lot more room than a monohull. The cost of moorage can vary greatly between different areas of the world however. Rates can also vary depending on the season (winter vs summer) if peak season is much more popular than the off-season.

Besides just the cost, the availability of moorage in your desired area is something to consider as well. Since most marinas are designed primarily with monohulls in mind, they may not have much room available for catamarans. In some places, marina moorage is in such high demand that there are waiting lists to get in.

If you’re looking for transient (nightly) moorage while out cruising, it will likely be easier to find that than permanent moorage. However not all marinas can accommodate large catamarans, so your options for transient moorage may be slightly less than that of a monohull.

Marinas are the most common form of moorage, and also the most expensive – though the cost can vary wildly depending on location within the US or internationally. Marinas are often the easiest to find, having a large presence in boating guide books and apps – as well as having their own website, typically, where they list their rates, amenities and policies. In Fort Lauderdale, Florida, marina rates for a 45’ catamaran can be in the $1600 to $2000 range. In a more rural area such as Fort Pierce, Florida lower rates between $1200 to $1600 can be found.

Private slips can be rented directly from owners of a slip or association, and are generally less expensive than a marina – while possibly providing fewer amenities like showers, restrooms, laundry and marina staff. Private docks in Fort Lauderdale for a 45’ catamaran will typically run $800 to $1000. In Fort Pierce the rates are more likely $600 to $800.

Mooring balls are typically the lowest cost option – in the ballpark of $200 to $300 per month. A mooring ball with adequate swing room can usually fit a monohull, catamaran or powerboat equally well, so the cost is equivalent. They provide less convenience however, as you’ll have to dinghy out to the boat with supplies and provisions. It’s also important to make sure you have a very secure, chafe-free connection to the mooring ball, since it’s the only point securing your boat from being driven aground in a storm. There is a large inexpensive mooring field in Riviera Beach, Florida off Rybovich for example that has many catamarans.

The cost to dock a catamaran in a marina will usually be about twice the cost of a comparable length monohull, since the catamaran’s larger beam will generally take up two slips. However, in marinas that have end ties available for catamarans, those docks will usually be only 25-50% more than a standard slip. End ties are the outer end of a pier and allow large boats to avoid having to take up two slips – however, there are only so many of these spaces available and often they will be allocated already.

Smaller catamarans like a PDQ 36 or Gemini 105 with a relatively narrow beam may be able to fit into a standard slip and pay the same price as a monohull. Marina costs and configurations can vary a lot from one area to the other, or even within the same area, so it pays to look at several options.

Costs will vary a great deal throughout the world, but there are a few ballpark guidelines for areas that are known for being more expensive or less expensive. Within the US, popular boating areas such as Florida, the Chesapeake Bay, Pacific Northwest and California will generally be more expensive than other areas such as Texas and the Great Lakes. Even so, within the more expensive areas it’s usually possible to find cheaper moorage by traveling to a less popular area.

In the Caribbean, many of the options will be mooring ball fields rather than marinas. There are marinas as well, though much of the Caribbean is in hurricane zones so special care must be taken during hurricane season. Anchoring of course, is always a popular and free option.

In the Mediterranean, med moorings are common with an anchor or mooring ball for the bow and the stern backed up to a wall or walkway. In the Med, moorage prices can be very expensive since this is a popular boating area and moorage is limited. Greece is known to have lower costs than most other countries in the Med.

In some areas, finding permanent moorage for a catamaran can be very challenging. Areas such as California or the Pacific Northwest often have marinas near 100% capacity and years-long waiting lists. When the wait for a monohull slip can be that long, having the additional constraints of a catamaran’s beam requirements can make the wait even longer.

For this reason it’s often advisable to secure permanent moorage before purchasing a catamaran. In other areas, where catamarans are very common, finding moorage may not be as difficult.

Private docks or mooring balls may be advertised through Craigslist or Facebook Marketplace, as well as word-of-mouth. Since fewer boat owners search for and reach out to private moorage owners, sometimes you can get lucky with finding a well-priced opportunity at the right time.

The cost to dock a catamaran will generally be higher than a monohull, but it’s possible to find better deals if you’re flexible in considering multiple locations and options. If you plan to go cruising long-term, then setting out as soon as possible (and doing a good deal of anchoring) may be the most economical option – but it’s good to have a plan for mooring the boat while you’re preparing to set off cruising. 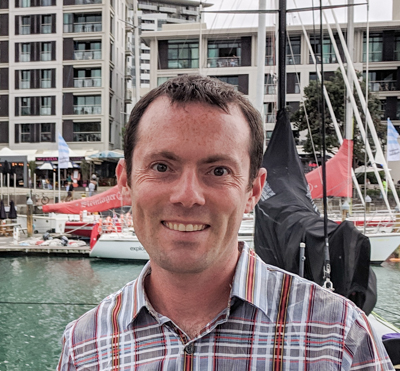 Patrick is a full-time cruiser in the Pacific Northwest, sailing the waters from Seattle to Alaska.

1 reply on “How much does it cost to dock a catamaran?”

Thanks for discussing what would be the expenses to dock a catamaran, especially how you can adjust it to work within your budget depending on the location and material options. It would also be nice to know what would be the dock supplies needed. I hope a good contractor can work within my budget for this project.